This weekend I finally got to do a hackathon project I’ve been wanting to try for more than two years.

It leverages machine-learning to mimic human-created stratigraphic picks. It uses a dataset of 2000 wells with picks from the Alberta Energy Regulator, which is one of the only public datasets I’m aware of with that many picks of the same surfaces done by people trying to pick in the same way. We only got the first pass done, as is the nature of hackathons, but we’re going to keep working on the idea. I think it has a lot of potential. We’re trying to take a more geologic approach and a less geophysicist or mathematical approach, which has been more typically been used in past efforts.

I’ll edit this to be a longer post later, but for now here is the link to the project on github. 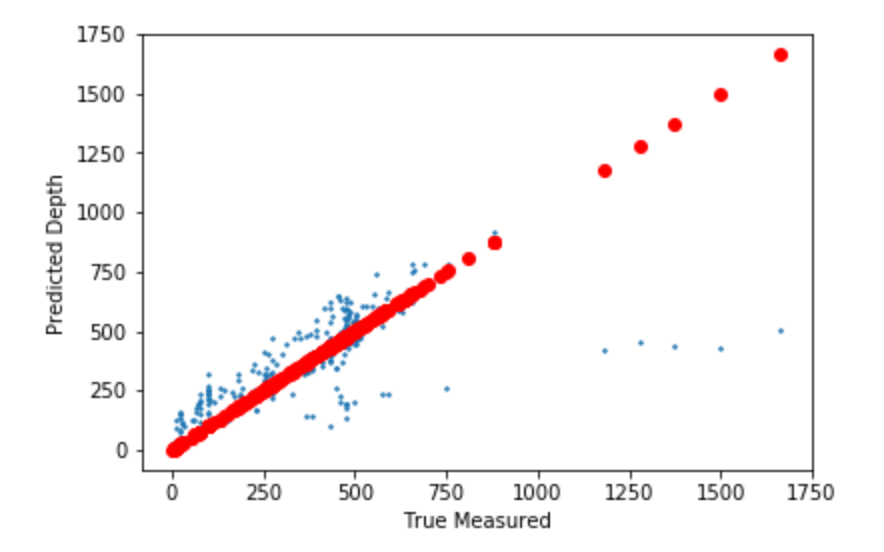 Scatter plot of predicted vs. actual top depths from well logs in the hackathon project.