I’ve always been interested in the ability of geology to narrate the past.

There is a geologist saying that whoever sees the most rocks wins. I’ve not seen the most rocks, but I’ve done alright. Clicking on the map will take you to a live interactive version of all the rocks I’ve worked with. Clicking on each dot brings up more information. 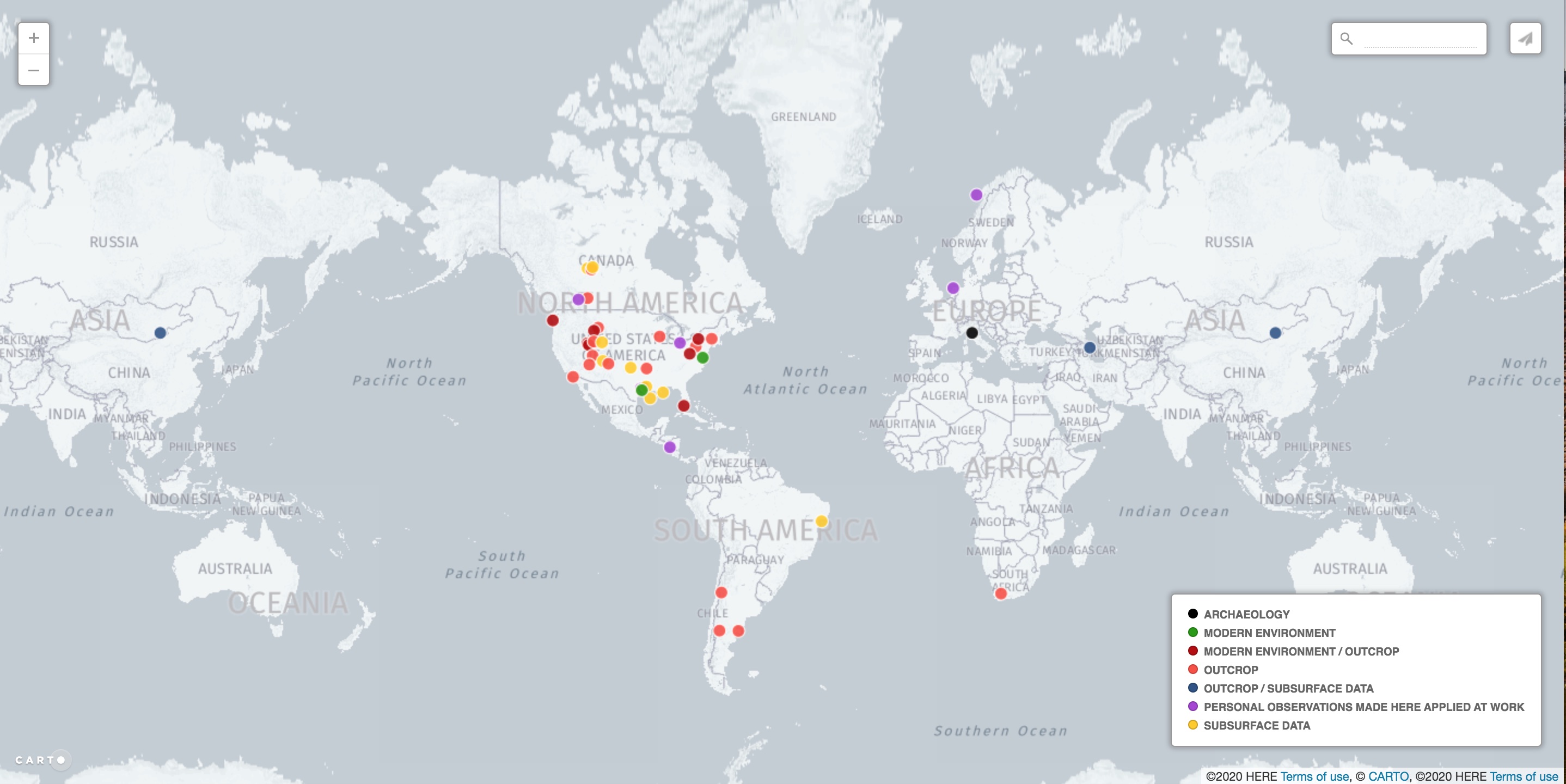 I worked for BP exploration and production for nine years, including two years as an expat in the Calgary, Canada office. Although I often worked as an integrated geologist across a range of sub-fields, my deepest skill set is in sedimentology and stratigraphy. I have held sed/strat positions within BP, including as an internal consultant loaned to various teams. I presented regularly at sed/strat technical lunch talks, mentored junior geologists, gave core room talks, and assisted in field trips and courses.

For additional details, please see the About page.

At Franklin and Marshall College, I completed two research projects. One was a pilot study to evaluate how well a magnetic-based dating method worked on an Etruscan age archaeology site in Italy. Specifically, it measured the geomagnetic orientation of minerals in pottery kilns, set during the last time they were fired, and matched it to a regional record of decadal scale variation in the orientation of the regional magnetic field. The other research project was a stratigraphic and geochemical description of Cretaceous-age outcrops containing rift lake sediments in Mongolia.

In graduate school at University of Wisconsin-Madison, my research used Argon-Argon dating and field work to decipher the depositional environment history of a 52 million year-old caldera lake (inside a volcano) in Argentina that held important plant and animal fossils.

These days my day job doesn’t involve a lot of geology. However, I manage to stay involved via side projects that sit at the intersection of geology and code. Examples include the open-source projects Predictatops (Python-based machine-learning prediction of stratigraphic surfaces) and wellioviz (JavaScript-based visualization library for well logs built on top of d3.js). Both are things I’ve long thought should exist, so it has been fun to bring them into the world of the possible.